The presentation of the robots was attended by the bomb technicians from Bomb Squads form Katowice, Wroclaw and Cracow, Border Guard from Katowice Airport, as well as soldiers from AGAT military unit.

After a short presentation of our constructions and given instructions of its operation, we enabled the attendants to control robots by themselves and perform dedicates scenarios. Among others, the tasks were: to break car’s window with the available accessories and then pick up the suspicious object from the passenger compartment, remove the IED planted under the vehicle, and other selected sites. 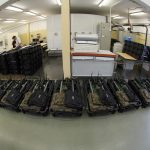 Another part of the BALSA robots delivered!Uncategorized 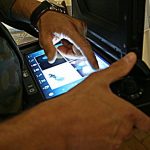